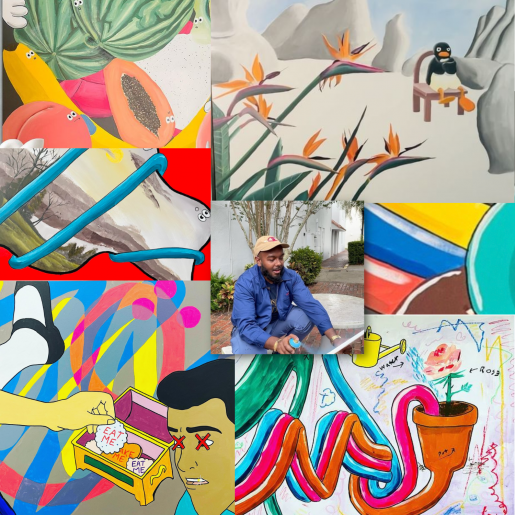 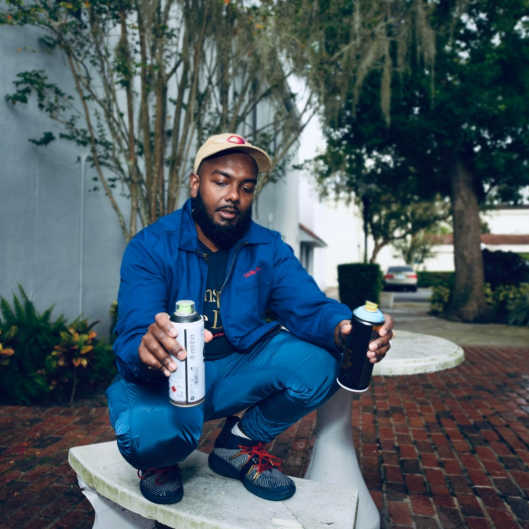 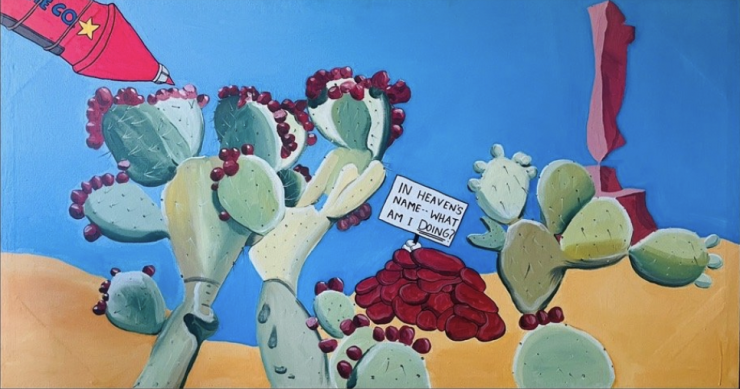 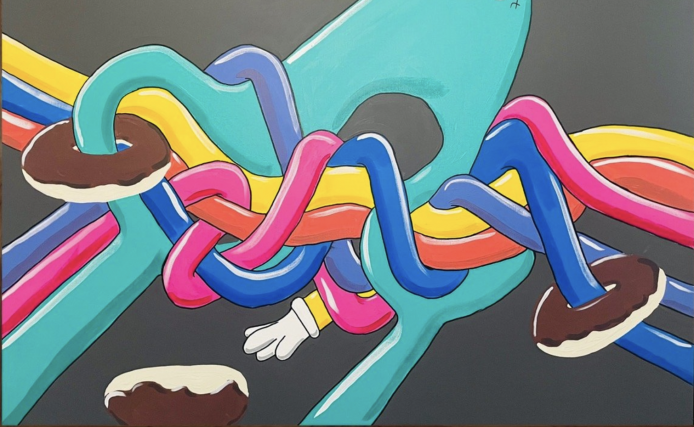 JR Ramoutar's mix of surrealism and pop art, are inspired by 1930s drawings.

JR is all of us, post-pandemic? We'd like to think so.

"I started to get accepted into galleries fairly quickly – just two months after starting to paint, to be exact. It's kind of a strange story, but I've always had a fascination and appreciation for art, and when we purchased our first home I wanted to fill the loft with my favorite artwork. I realized that my budget didn't allow for that once I started to see price tags of various original artwork and so I wanted to paint my own generic pieces to put up in the meantime until I could afford art from the artists I loved. I purchased a bunch of acrylic paint, paintbrushes, and canvases back in 2020 and put them in my closet to work on whenever I had free time or on a rainy day, and I completely forgot about it. Almost two years went by where I worked on other things such as music and woodworking, and then randomly, at the end of 2021, I had the spontaneous urge to paint. I remembered the things that I bought that were in my closet, so I pulled them out and started to paint the idea I had in my head. That first painting ended up being a central character in much of my earlier works, I called the character Noah–he has a very simple form which really just consists of his limbs and his eyes and hands, inspired by 1930s cartoons with gloves on his hands and pie-shaped pupils. I eventually painted my biggest piece at the time, which was a 48"x 48" panel with Noah getting lost in an optical illusion, and sent it to Sobo Gallery for their Top Choice Awards, and to my surprise, I was selected! Phil at Sobo said he received almost 300 submissions but could only pick about 70 pieces for the show. It took off from there as I would start to submit to any show that featured a theme that I thought I could paint."

More on Delhi Scan
JR currently has a series, "Acrylic Ting" on view at The Gallery 32789 in Orlando, Florida. The individual works are titled, "Rose from Garbage," Birds of a Warming Climate," and "Duck Duck Goose."

Visit https://www.instagram.com/jrramoutar/?hl=en to view JR's work.
For information on recent show at The Gallery 32789, visit https://thegallery32789.com/about-jr-ramoutar