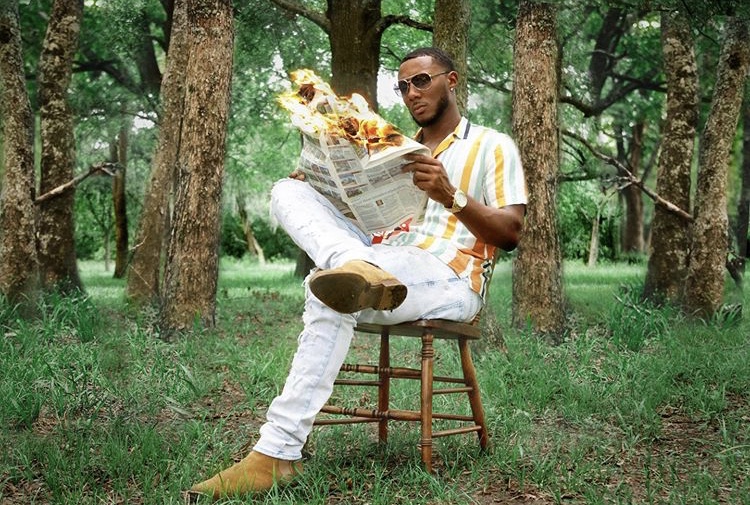 A Urban Morgan Productions Inc. has just announced the completion of the full-length feature film, "Deception." The husband-and-wife team, Raoul Morgan (Executive Director) and Fatimah Bey (Co-Executive Director), have overcome all obstacles presented by COVID-19. The world-altering pandemic caused the film industry to come to a complete stop. "Deception" was filmed during this unprecedented time while ensuring the health and safety of the cast and crew. Through pure determination and hard work, the exceptionally talented husband and wife team persevered during a time of uncertainty to create their first film under A Urban Morgan Productions Inc. Los Angeles-based parent company, Omega & a Red Productions (President Jay M. Brooks), worked in association with the husband-and-wife team. The film was written and directed by Justin Williams, who currently resides in Houston, Texas. "Deception" marks the directorial debut for Williams.

More on Delhi Scan
Williams and his team of filmmakers recognize a lack of accurate representation for people of color within the entertainment industry. They want to represent an accurate portrayal of diversity and create exposure in art through filmmaking. They believe that celebrating and accurately representing your own community is a powerful way to give back to society; while challenging deep-rooted societal stereotypes. During the largest movement in history pertaining to the fight for civil rights, equality and justice, it is time to challenge these stereotypes. Through the art of filmmaking, they want to reveal more authentic Black stories. The film has completed the post-production phase and is now ready for distribution.

With its dynamic cinematography, "Deception" is a true visual triumph. The film's modern and compelling tale of romantic betrayal is packed with suspense and leaves the audience questioning everything they thought they knew.Critics have declared "Deception," the best independent film produced in 2021. "Deception" is a film emphasized at the forefront of all black films past and present when it comes to story originality and new-wave black content perfection in cinema. "Deception" is compared to no other black film, with its ability to show the importance and beauty in art and originality.

For Lauren Daniels (played by Aya Washington), life has been good. Lauren is happily married to Tommy (played by Malik James), whom she stands by and watches excel in the practice of law. Lauren is content with how her life has progressed and is looking forward to expanding her happy family. However, after learning about Tommy's casual fling with his alluring assistant, everything changes. Triggered by Tommy's deceitful actions, Lauren's emotions become unstable and her behavior escalates from shock to bitterness to pure rage. She embarks down a path to get rid of Tommy, whom she blames for ruining her life and sabotaging her dreams of having a happy family. Despite being newly-scorned, Lauren unexpectedly meets Xavier (played by Xavier Alvarado), who appears to sweep her off her feet. She feels hope for her future again, but is still driven by Tommy's betrayal. Lauren sets forth on her path to deal with her ex-husband's infidelity. Lauren's quest to rectify Tommy's betrayal takes a dramatic turn, when she comes face to face with the anonymous contract killer she employed.

More on Delhi Scan
The world premiere is slated to be announced for press and prospective distribution. For inquiries, please contact Raoul and Fatimah Morgan at A Urban Morgan Productions Inc. @ 661-713-0768 or info@urbanmorganproductions.com

Written by Sarah B. Downey, Rena Loveman and Maya Raimondi