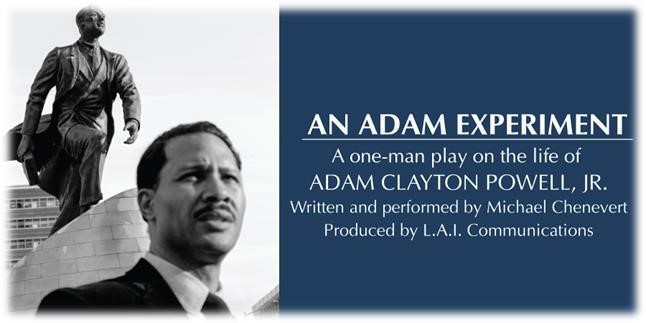 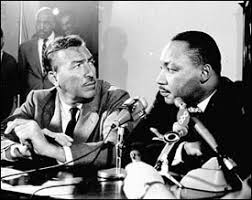 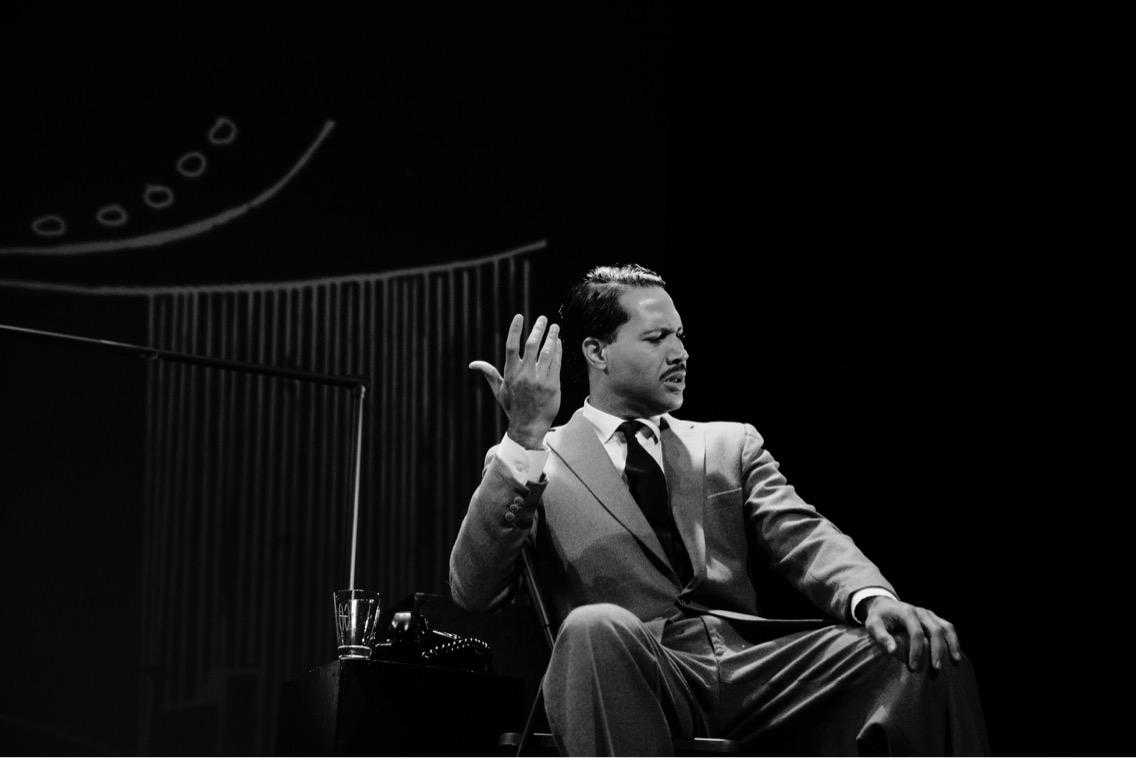 "I always knew Adam Clayton Powell, Jr. was one of our strongest leaders," states Michael Chenevert. "As a boy, I was called 'Little Adam' because I looked like him. He has always given me strength."

Produced by L.A.I. Communications, the U.S. Tour of An Adam Experiment is celebrating Black History Month with a 'play for the people' by presenting a comprehensive program for the communities where the play will be performed that not only entertains, but also educates and empowers audiences. On stage, An Adam Experiment educates audiences on Adam Clayton Powell, Jr., who was a Baptist Minister at the famed Abyssinian Baptist Church in New York City and a Member of the U.S. House of Representatives, representing Harlem, New York, from 1945 to 1971.

More on Delhi Scan
By 1961, Mr. Powell was appointed to the powerful position of Chairman of the Education and Labor Committee and was one of the influential voices in the passing of significant social and civil rights legislation under Presidents John F. Kennedy and Lyndon B. Johnson. An Adam Experiment takes this political backdrop and creatively delves into Mr. Powell's life where he is dealing with an angry country due to integration as well as with personal challenges with his marriage. After each performance, audience members will have a chance to do a Q&A with Mr. Chenevert and discuss the play, as well as its parallels with social justice issues facing our society today.

In each local community, from high schools and universities to other service-based organizations, the 'An Adam Experiment' Producer-in-Residency program is complementing each performance. The Producer-in-Residency program presents a unique method of exposing young people to the "behind the scenes" and business of producing a play and teaches them how it also parallels with entrepreneurship and the skills that it takes to be an entrepreneur.

"We are thrilled and so honored to have An Adam Experiment touring across the country for its fourth year in 2021 and in celebration of Black History Month. Giving reverence to the past with such an incredible play, as well as empowering young people to embrace the 'spirit of Adam' and pursue their passions in life, is truly a gift," states Dr. Tyrha M. Lindsey-Warren, Managing Director of L.A.I. Communications and Producer of the U.S. Tour of An Adam Experiment. "At the end of the day, we hope audiences will learn something new as well as provoke thought about being the change that they seek in their own lives."

For more information on the play, visit  http://www.wacofilmfest.org/. "An Adam Experiment" will be performed with a socially distance audience and simultaneously streamed online. Tickets for both types of performances are on sale now at www.wacocivictheatre.org or call the Waco Civic Theatre Box Office at 254.776.1591.